Two European institutions lay claim to the title, but which one is the world’s oldest bank?

Banking has a long tradition in European society, and today there remain two institutions that boast claims to be the oldest bank in the world 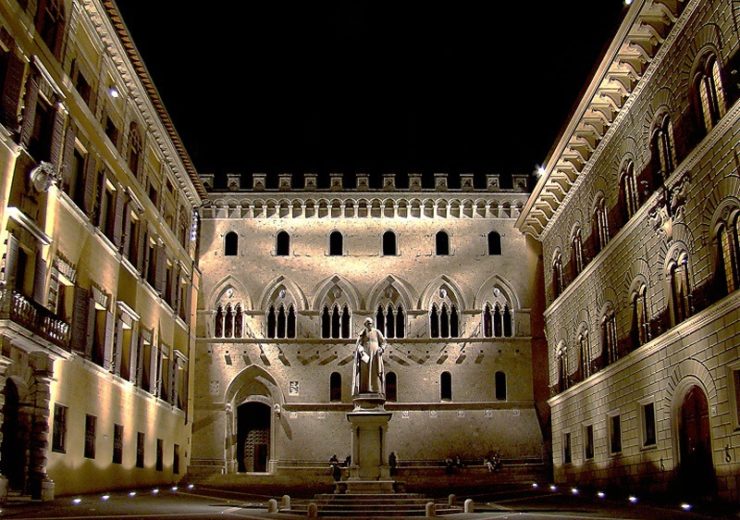 Banking of some description has long been a feature of modern civilisation, from early grain traders to the financiers of ancient Rome and Greece – but if we look for the oldest bank in the world in a more recognisable context, there are two European institutions that stand out.

The growth of trade and a monetary system across Renaissance-era European society created a demand for institutions that could store personal and commercial assets securely, and even make loans to people in need of a cashflow boost.

The lineages of Italy’s Banca Monte dei Paschi di Siena (MPS) and Germany’s Berenberg Bank can be traced back to this period, with both institutions staking a claim to be the world’s oldest bank still in operation, depending on how we choose to define their origins.

Here we take a look at the history of these banks, from their early beginnings to contemporary status.

Banca Monte dei Paschi di Siena dates back to a “mount of piety” – an institutional pawnbroker run as a charity in Europe since Renaissance times – founded in 1472.

It was established as a more recognisable banking organisation in 1624 in the city of Siena in Tuscany, northern Italy, serving the local region with basic deposit-based banking activities.

Following the unification of Italy in the 19th century, MPS began to broaden its operations across the country and offer a wider range of services, including Italy’s first mortgage loans.

Fast-forwarding to more recent times, a charitable organisation – known as Fondazione Monte dei Paschi di Siena – was separated from the main MPS bank in 1995 by decree of the Italian government.

The foundation became the majority owner of MPS and had the additional function of supporting initiatives in education, science, health and art across the province of Siena.

MPS was listed on the Italian stock exchange in 1999, after which it set out on a journey of expansion through a series of mergers and acquisitions, including regional banks Banca Agricola Mantovana and Banca del Salento.

The impact of the 2008 financial crisis hit Western financial markets hard, and MPS was not immune to the economic hardships that swept across Europe at this time.

It suffered a series of losses in the years that followed and, in 2017, the European Union approved a bailout agreement between MPS and the Italian government to the tune of €5.4bn (£4.7bn).

Today, the bank remains majority-owned by the Italian state and operates as the fourth largest bank in Italy with more than 2,000 branches across the country.

Oldest bank in the world contestant No 2: Berenberg Bank

The Berenberg Bank was founded in Hamburg in 1590 by brothers Hans and Paul Berenberg, who came from a Flemish family of cloth merchants.

The institution quickly specialised in merchant banking, and to this day maintains a core focus on the investment side of financing activities.

It also remains part-owned by the Berenberg and Gossler families – with Johann Hinrich Gossler having been brought in as a new partner for the bank in 1769.

In 1788, another new partner was acquired in the form of Hamburg banker Ludwig Erdwin Seyler, who was instrumental establishing overseas trade relations for the bank in the newly independent US, as well as in East Asia.

Strong ties to US trade and finance helped the bank to achieve strong growth during the 19th century, and it became influential in financing the industrialisation and modernisation of its home city Hamburg.

The Berenberg Bank largely focuses its operations on catering for wealthy individuals and companies, with key areas of activity being in private banking, investment banking, asset management and corporate banking.

Today, it has offices around the world, including the financial powerhouses of London, Zurich, Frankfurt and New York.

To mark its 400th anniversary in 1990, the bank established a philanthropic foundation – Berenberg Bank Stiftung – which supports cultural and scientific initiatives and is a notable donor to the Christian Democratic Union of Germany (CDU) political party.

So which is the oldest bank in the world?

The argument over which is the oldest bank in the world comes down to definition.

Monte dei Paschi di Siena certainly has the longest history – and is often cited as bearing this honour – but some would argue that it was a pawn shop during its first 150 years.

It didn’t achieve full bank status until 34 years after Berenberg.

While the German institution calls itself the world’s oldest surviving merchant bank, it’s commonly regarded as number two to the Italian contender when it comes to black-and-white history.