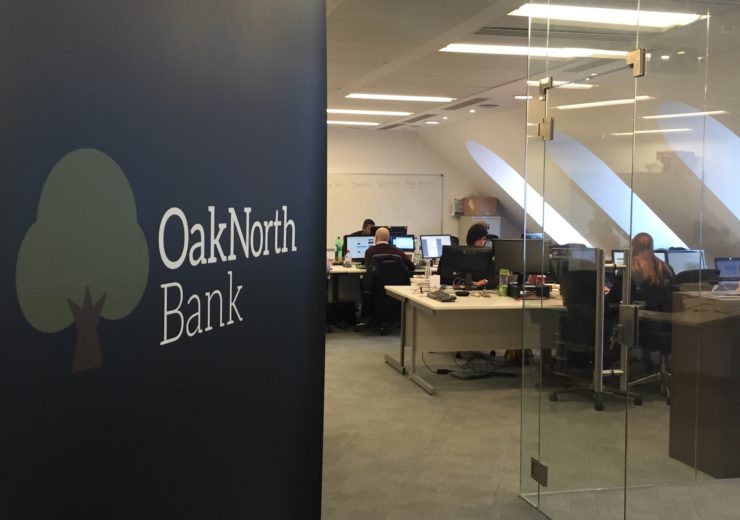 While much of the attention paid to the continued growth of UK fintech is devoted to the mobile challenger banks like Monzo, Starling and Revolut, one of the biggest success stories of the industry is SME lender OakNorth.

A $440m investment led by the SoftBank Vision Fund last February made it Europe’s most valuable fintech – a title it relinquished in May after TransferWise’s value soared to $3.5bn following a secondary share sale.

A key element to OakNorth’s success has been in identifying an under-served market and maintaining a narrow focus on a core strategy of SME lending, while using partnerships and licensing of its technology overseas to reach a wider customer base and demographic.

It has also recently added mortgages to its roster, targeted at high-net worth individuals and entrepreneurs who have “non-uniform or atypical sources of income” and people who are “asset-rich but regular income-poor”.

OakNorth is notably one of the few fintech companies to have reached profitability – something it achieved within its first year of operation.

The lender’s approach to building a profitable fintech unicorn was under discussion at the Unbound innovation festival in London this week, where chief strategy officer Amir Nooriala gave an insight into how OakNorth operates as a business and the decisions it makes in terms of investment, collaboration and the pursuit of growth.

It uses technology to create in-depth assessments of companies on an individualised basis, to better understand the needs of its clients and make quick decisions on the correct type of financing needed.

Mr Nooriala believes sticking closely to this core business model has been a significant element of OakNorth’s success, preventing it from becoming distracted by the temptation to diversify too much.

He says: “Everything we do is still narrow focus – we don’t want to be a universal bank, or a company for everyone.

“We think there’s a big enough market in terms of what we’re doing and that makes it a lot easier to apply a commercial lens to any decision we make in terms of asking ‘how much is this experiment going to cost, what is the target market for this specific product?’

“We don’t do things for the sake of it – it can’t just be because it’s cool or fun or interesting, it always has to commercially make sense for the business while also not distracting us.”

Turning a profit is something that most fintechs only dream of, as they pour money and resources into early growth-stage strategies in a bid to attract new customers.

The nature of OakNorth’s business model has led it to take a different approach – one that has enabled it to foster a healthy balance sheet.

Mr Nooriala explains: “We’ve got a different business to the majority of the famous fintech names out there, which are very much ‘get as many users as you can’ type businesses.

“Because we were a balance sheet lender from day one, you want your loans to be profitable. It’s a very different mindset.

“The business has been built from the ground up to view everything through a commercial lens.

“Even when we’ve had investment come in, we’ve still managed the business in a frugal way.

“It’s very much that Amazon kind of mould, where it’s ‘take the hinges off the door and make that into a table, and sweat that as long as you can before you go and get a fancy table’.

“Everyone in the office understands that, we’re all equity owners in the business and we all understand that every pound we spend needlessly is a pound against our margins.”

OakNorth follows a different marketing approach to other fintech firms

This difference in OakNorth’s business model compared to other challenger banks operating primarily in the retail banking space has also led it to take a more conservative approach to marketing.

While the branding of Monzo, Starling and Revolut can be seen splashed across buses, television screens and the London Underground, OakNorth has instead opted for a more minimalist campaign.

The narrowness of its core proposition and the high value nature of the loans it provides means that it does not need to reach as wide an audience as some other fintechs.

“We believe that if you’ve found a market that is underserved and you are solving that problem it will grow organically and virally,” says Mr Nooriala.

“A thousand loans will get you there.

“So we don’t need a lot of people, and we’re only really focusing on profitable, successful businesses that will grow.

“When you’re a niche, you can do very specific PR and events within that space.

“And we also find that entrepreneurs like to gossip – and they’ll end up selling our business for us to other entrepreneurs.”

OakNorth has enjoyed success by concentrating its efforts on serving the financing needs of SMEs in the UK, but has also made use of partnerships and licensing of its technology to third parties, both at home and overseas.

In this way, it has been able to extend its reach without spreading resources to thinly and becoming distracted from the main area of the business.

In overseas markets, OakNorth has white-labelled its credit decision-making technology to make it available for other financial institutions to purchase and use within their own businesses – announcing earlier this month a deal with Dutch lender NIBC.

Making the UK into a home base and using the bank as a “proving ground” for its technology platform was a conscious decision, explains Mr Nooiala, rather than having to worry about the regulatory issues involved with entering new markets in its own right.

“In the UK we’re very fortunate to be under a regulatory regime that is open to new ideas, and has a sandbox and gives out different types of licences – but it’s not the case that you can repeat that globally,” he explains.

“As we’re seeing from the likes of Monzo, it takes years to get a bank charter in the US, and repeat that across a hundred different geographies, you’re not going to get there.

“If you look at the US, there are around 7,000 financial institutes that could potentially be customers with us – that for us is more interesting than getting a bank charter out there and lending money on the balance sheet.”

The disruptor bank has also entered into partnerships with other UK fintechs, as a way of reaching different audiences and demographics.

One notable collaboration has been with Monzo, through which it has made savings products available to the mobile bank’s customers – many of whom are of a younger age bracket than its usual customer base of older, high net worth entrepreneurs.

“For us it’s a way of broadening the appeal of our brand to a different demographic that would otherwise be a massive pivot for us as a business.

“And we’re offering those fintechs something that they wouldn’t do. You wouldn’t offer savings unless you were going to use it fund some sort of lending – whether it be an overdraft, credit card or a loan.

“It’s a mutually beneficial partnership with the other fintechs.”