A history of Metro Bank: Assessing the UK challenger’s rise to prominence

The American-styled challenger bank has been hitting the headlines for all the wrong reasons recently, but the history of Metro Bank is a unique story in itself. 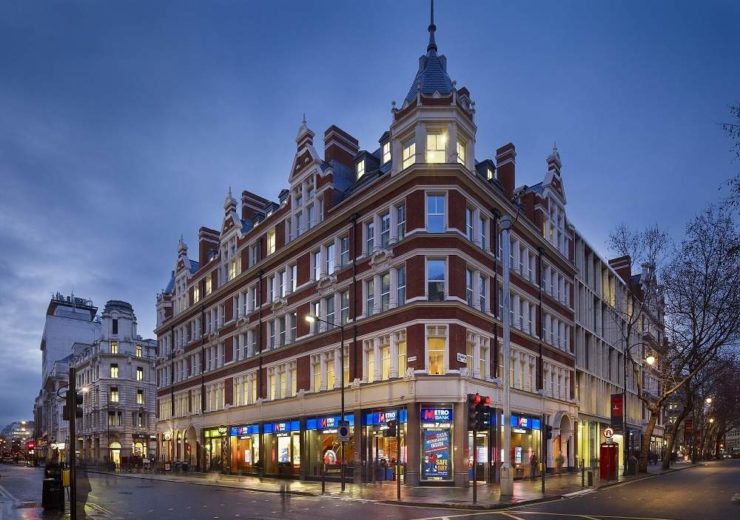 From the moment Metro Bank first opened its doors in 2010, its history has been something of an oddity among banks on the UK high street – and largely quite a successful one too.

The lender opened its flagship branch in Holborn, right in the heart of London, with more than a touch of loud, colourful, highly-choreographed fanfare – an aptly grand inauguration for a venture masterminded by hotshot American billionaire Vernon Hill.

With bold splashings of red, white and blue adorning the maiden branch and its well-costumed employees – and a cast of hired entertainers – Metro Bank certainly caused a stir among the British public.

As it became the first new high street bank to launch in the UK in more than 150 years, it was clear something unusual was happening within the stuffy world of retail banking.

The history of Metro Bank

Metro Bank was the brainchild of US businessman Mr Hill, along with co-founder Anthony Thomson – who later left his role as chairman to form digital challenger Atom.

Mr Hill has a long background in retail banking, having founded and headed up Commerce Bancorp in the US in 1973.

His tenure at the head of that bank ended controversially in 2007, however, after US regulators intervened with its governance amid allegations Mr Hill had a conflict of interest by mixing the bank’s business with companies involving directors and family members.

But the Commerce ethos of physical branch expansion and an emphasis on customer experience was to be replicated in the UK, as it became a central tenet of the vision for his new retail banking venture.

When it launched, Metro Bank became the first new high street lender to enter the UK market for over a century, and has since established itself as one of a wave of challenger banks looking to shake up the traditional industry model.

Speaking at the Holborn branch grand opening back in 2010, Mr Vernon told reporters: “I have opened 500 similar locations in America.

“Britons are dying for revolution in the banking business, focused on service, and we are here to provide it.”

Mr Thomson added: “We believe customers simply want a better experience from their bank, the kind they typically get from a great retailer and that’s what we intend to give them.”

The customer-centric approach of Metro Bank

The point about making the customer experience of banking more akin to going shopping has been central to Metro Bank’s strategy – turning its branches into lively “destinations” that offer more than a dingy cashier’s desk where cheques can be paid.

Outlets are bright, colourful and give the impression of a retail experience – the company even refers to its physical branches as “stores”.

Each of its outlets states to be open seven days a week from 8am until 8pm – a customer-friendly tactic designed for user convenience.

It also operates a walk-in policy to further reinforce the message of convenience, and offers new customers the option of same-day personal current accounts – printing the new payment card in-house.

Metro Bank even encourages customers to bring their dogs into branches – keeping water bowls at the ready for thirsty companions.

While some of these policies might be dismissed as gimmicks by some, the approach is clear: to create a more informal kind of retail banking environment where customer experience is at the fore – turning bank visits from mundane inconveniences into something altogether more pleasant.

And it seems to have been working.

Commenting on the league table performance last September, Metro’s retail banking managing director Iain Kirkpatrick told Compelo: “Having a very accessible store network, with great colleagues having personal interactions with customers rather than sending them to machines, is important to us.

“Other banks try to migrate customers from the channels they choose to what the bank decides, which is why they have self-service within branch.”

Arriving on the scene soon after the 2008 financial crisis, many onlookers were sceptical about Metro Bank’s chances – especially given its strategy of expanding a network of bank branches at a time when most other high street lenders were looking at closures as a way to cut costs.

In recent years, most of the biggest retail banks in the UK have chosen to reduce the size of their bank branch networks.

But Metro Bank has been going in the opposite direction – increasing its branch footprint to 66 locations across London and the south of England, and aiming to reach 100 by 2020.

“The choice to bank however, whenever and wherever they choose – whether that’s instore, online, on the phone or on the go.

“Our stores enable us to provide traditional banking services and build personal relationships with local people, businesses and communities.”

For Mr Kirkpatrick, it is a strategy built upon consumer appetite.

He said: “We genuinely believe there is a large percentage of people who want choice, even if they don’t come into the bank very often, and it’s got to be healthy for the country to challenge and upset the status quo.

“We think people want a choice. A lot of customers use digital every day but might come into the store a couple of times a year, and we want them to have a great experience when they do.”

So far so good, then. At least until late last month, when Metro Bank released a preview of its financial results for the year ending December 2018.

Despite clear indications of growth – with deposits up 34% year-on-year to £15.7bn and loans increasing 48% to £14.2bn – the bank issued a warning on its underlying profit after a “soft” end to the year.

Yet the big headline was hiding in the small print which pointed to an error in how Metro Bank had classified some of its loans.

Metro’s statement had read: “Risk weighted assets at full year are expected to be approximately £8.9bn, with the increase driven by both net loan growth and an adjustment in the risk weighting of certain commercial loans secured on property and certain specialist buy-to-let loans to large portfolio landlords.”

Essentially, what this means is Metro Bank wrongly classified the risk rating for some of its loans, underestimating the amount of capital necessary to underpin them.

The “adjustment” to £8.9bn for its risk-weighted assets represents a £900m increase upon analyst estimates, and laid bare to investors the fact that the bank was exposed to riskier loans than previously thought.

The disclosure alarmed investors, leading Metro’s shares to plummet almost 40% on January 23 – the biggest one-day decline in a bank’s stock since the bailout of Royal Bank of Scotland during the financial crisis.

It was a significant error, and one that has cast a considerable shadow over Metro Bank’s prospects moving forward.

CEO Craig Donaldson claimed the bank had identified the mistake during an internal review in late 2018, although reports last week in the Daily Mail offshoot This is Money suggest it was in fact the Prudential Regulation Authority (PRA) – a branch of the Bank of England – which spotted the inconsistencies in the accounts.

According to the report, Metro Bank has admitted “ongoing supervision by the PRA helped to identify potential inconsistencies which were raised with the bank”.

Whatever the truth of the matter, the lack of clarity only fuels scepticism within the market and raises questions about whether there will be further surprises in store.

What does the future hold for Metro Bank?

What all this means for the future of Metro Bank remains to be seen, but there will no doubt be heightened scrutiny of its finances as the news from last week rumbles on.

The bank is expected to resort to a round of capital-raising to the tune of £300m in order to balance out the loan categorisation error – an unwanted course of action and one that is not even guaranteed to succeed given the lack of confidence many investors now have in the bank.

The process of rebuilding value and confidence is one that is going to put additional pressure on Metro Bank’s future targets and may inhibit future growth plans.

The strategy of expanding its branch network is one it appears to be sticking with – there are a further seven locations in either advanced planning stages or already under construction, and plans to have 100 branches up and running by 2020.

Despite the issues contained within the latest financial results, Mr Donaldson issued a fairly upbeat statement alongside them.

He said: “2018 was another strong year of growth for Metro Bank as we continued to invest in both new stores and digital capabilities to win customers, deposits, assets and to create FANS.

“Metro Bank remains well-positioned to support our growth strategy as we navigate an uncertain period for the UK.”

Of course, this forecast came before the stock market reaction and the revelation that UK regulators had been the ones involved in identifying the loan risk inaccuracies.

And with news that Metro Bank shares fell a further 10% last week amid growing uncertainty in the UK banking market, it could reasonably be expected that a few murmurs of discontent are brewing within Metro Bank HQ.

A difficult month for Metro Bank got even worse after it was reported last Thursday that the lender had been affected by a cyber-attack targeted at mobile network operators.

Motherboard, the science and tech website of media outlet Vice, identified Metro Bank as being among a number of other, as yet unnamed, banks to have been exposed by the “sophisticated” hacking incident.

Hackers targeted a vulnerability in the SS7 protocols used by telecoms companies, which are used to co-ordinate how text messages and phone calls are routed around the world.

This type of breach allows cyber criminals to intercept the SMS messages used in the two-step authentication security measures used by banks – helping them gain access to customer accounts.

Metro Bank maintains only “an extremely small number” of its customers have been impacted by the fraud, and that none have been left out of pocket.

A spokesperson said: “We take our customers’ security extremely seriously and have a comprehensive range of safeguards in place to help protect them against fraud.

“We have supported telecommunication companies and law enforcement authorities with an industry-wide investigation and understand that steps have been taken to resolve the issue.

“Customers should continue to remain vigilant and report any suspicious activity using the number on the back of their card or on our website.”