How Lloyds is encouraging an innovation culture among employees

As part of its digital transformation strategy, Lloyds Banking Group is trying to foster creativity, collaboration and idea-sharing among its employees 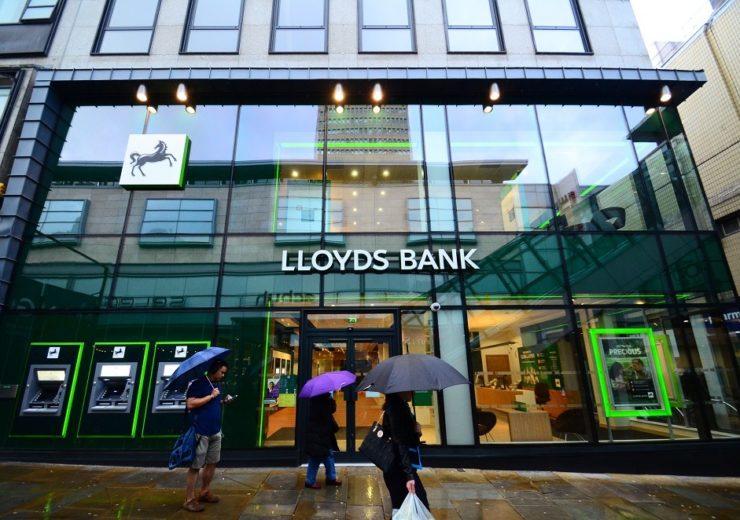 Like each of its fellow legacy banks across the UK, Lloyds Banking Group faces the challenge of responding to a fast-evolving digital environment – putting the onus on employees to embrace new ways of doing things.

In 2018, the institution launched a three-year digital transformation initiative to the tune of £3bn ($2.7bn), in which “transforming ways of working” was identified as a strategic priority to help bring the bank in line with advances in modern technology.

Part of this process is the development of an “innovation culture” across the group’s workforce, as it seeks to equip its staff with “new skills and capabilities to reflect the changing needs of the business as it adapts to the evolving operating environment”.

Speaking at the Unbound innovation festival in London last week, two members of the team tasked with fostering this new working culture at Lloyds were on hand to give an insight into the process and their approach to creating a new kind of environment within the organisation.

Lloyds must make employees a priority during transformation

For Lloyds’ head of innovation culture and community Miranda Drummond, one of the common pitfalls of large-scale transformations such as the one her bank is undergoing is not making people within the organisation a priority.

She says: “Where transformation goes wrong sometimes is where people are the last thought rather than the first.

“They might have been thought about in terms of organisational structure, but it’s about helping people emotionally and from a wellbeing point of view, because every time you go through change there’s a flight or fight reaction.

“For us, it’s important not to get hung up on the technology – we’re not exploring technology for the sake of it.

“We’re thinking about the really fundamental problems across the group and how to get the innovation community to have a sense of agency and have some collective problem-solving.”

Ms Drummond highlights the Work Out Loud scheme run within Lloyds, which was designed to foster networking and collaborative behaviours among staff members, and to encourage people to work “far more collaboratively” across the organisation and bring in external perspectives.

Another important aspect of developing a new culture that tolerates change and supports innovative behaviour has been to eliminate the “fear of failure”.

Ms Drummond explains: “In a bank, risk appetite has been fairly low over the last decade, so it’s about how to get people to experiment and feel comfortable to bring their ideas and to think differently.”

She describes how the innovation team led a “church of fail” initiative where employees could “share confessions” of ideas that hadn’t gone well – with the intention of learning from these failures and designing new approaches.

The point of the exercise was to make teams feel safe amid “one of the largest digital transformations in Europe” and to instil confidence among employees to “bring their boldest ideas and feel comfortable sharing them”.

In an organisation with the size and complexity of Lloyds Banking Group – which has around 75,000 employees operating across multiple brands including Lloyds Bank, Bank of Scotland and Halifax – creating a joined-up approach to innovative behaviour is not a simple task.

Lloyds’ senior innovation culture and capability lead Tom Kegode says: “In an organisation like ours where there is a lot of legacy it can really cause a problem with the culture.

“It’s really hard to change that because it all looks fine from the outside – but what changes it is people who are really focused on what they do and who care about the customers.

“We’ve noticed that everyone’s an innovator, everyone has ideas but to be an innovator by yourself can be quite a lonely place – particularly if you’re in divisions of the organisation that are not as forward thinking as some.

“What we found was that by connecting them with fellow like-minded individuals across the organisation it really enabled them to feel connected and get inspiration from others across the group.

“It also accelerates the opportunity to innovate because they are able to look for opportunities to collaborate.

“At a time when we are seeing so much disruption across the industry, it’s really important to harness that creativity.”

Wellness of employees an important concern amid Lloyds transformation

Mr Kegode also emphasises the importance of not overburdening employees in the race to implement transformation.

“In a time when we’re moving so fast it’s pretty tiring, so we need to make sure that we take steps to recharge, re-energise and be aware of people’s wellness across the team,” he adds.

“It means we need to relax a little bit, and move away from constant busyness for the sake of being busy.

“It’s about creating the environment and right conditions where everybody can thrive – if we get that right, innovation will come to us.”