The latest fintech investments for January 2019 including backing for companies including MarketInvoice, Nutmeg, Acorns, Loot, Mimiro, Groww and Petal 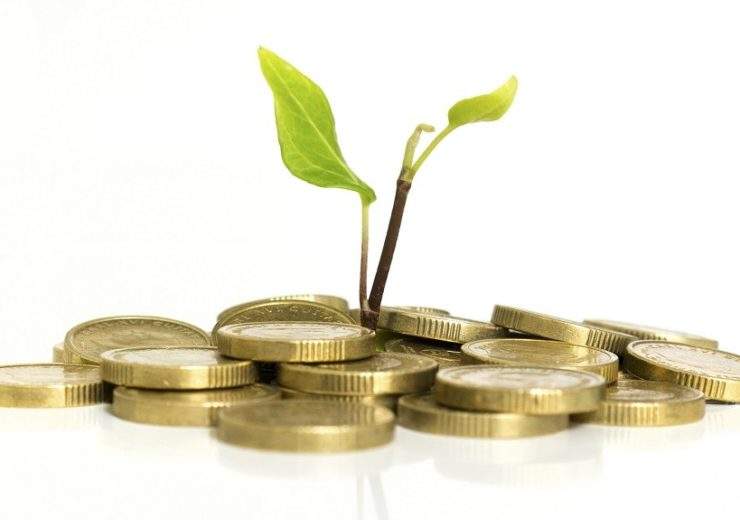 Investment is essential to growth for fintechs (Credit: Pictures of Money via Flickr)

Financial crime-busting tech, an app that enables users to invest small change and a student money manager are among the fintechs to be backed with big investment so far this year.

While January may be a frugal month for many people, it didn’t stop venture capitalists from pouring in hundreds of millions of pounds into a series of up-and-coming companies aiming to transform various pockets of finance.

Here we look at some of the latest fintech investments in firms from across the world – including MarketInvoice, Nutmeg and Acorns.

Finxact secured $30m (£23m) in a round of funding that involved investors including the American Bankers Association, Accenture Ventures and SunTrust.

It develops APIs (application programming interfaces), which its clients can integrate  into their own systems to make quick and significant changes to their existing core banking structures.

CEO and founder Frank Sanchez said: “We have multiple customer implementations currently underway and have raised capital to expand our capacity to go to market on a broader scale.

“We also plan to expand our integration activities with the financial services ecosystem and to mitigate the risk and complexity historically associated with core system migrations.”

Previous investors in Finxact include Live Oak Ventures, First Data, Woodforest National Bank and TN Incorporation Ltd of Thailand – all of which also participated in the latest funding round.

US media brands NBC Universal and Comcast Ventures led the most recent round of funding, which included a partnership deal that will see the CNBC television channel work with Acorns to produce content for the app promoting financial literacy.

The personal investments management service has features designed to help individuals meet spending or savings targets – with one of the more interesting functions being the ability to make “micro-investments” with spare change.

This means users are able to round up the price of purchases, and then allocate the spare change to be invested into a personalised portfolio of stocks and bonds.

Nutmeg is a UK-based digital wealth manager, claiming to “disrupt an exclusive industry” by democratising participation in investments with a low-cost, easy-access digital platform.

The London company, which has been operating for six years, secured £45m in fundraising led by the US banking giant Goldman Sachs – although the deal currently remains subject to FCA approval.

Nutmeg claims to have more than 60,000 customers in the UK – 40% of which it says have not invested prior to using Nutmeg.

It plans to use the new funding to help develop new products and services, and to scale up its business internationally.

Norwegian technology company Zwipe develops biometric authentication products, with one of its core focuses being on payment cards.

Founded in 2009, the firm raised $14m (£10.8m) from a share offering ahead of its admission to trading on the Merkur Market – the Oslo stock exchange – on which it debuted on January 28.

Zwipe uses its biometric expertise to add layers of security to payment cards through fingerprint-reading technology.

It has previously partnered with Mastercard to pilot its technology, but is now gearing up to scale its operations to a wider market.

CEO André Løvestam said: “Zwipe is at the forefront of a global shift towards more secure and convenient contactless payments and the market is primed for growth.

“We are confident that our industry leading technology and partnerships will secure a strong market position both in the short and long-term.

“Thanks to the new funding received, we can intensify our efforts to support our customers and partners in making convenience secure.”

Royal Bank of Scotland (RBS) invested £2m into the London-based personal finance start-up in early January, building on its previous backing of £3m.

It was founded by young entrepreneur Ollie Purdue who identified a demand among 16 to 25-year-olds for a way to have a simpler, more personalised approach to how they take care of their money.

Individually-tailored savings goals can be set up, along with real-time spending notifications – with the idea being that users can more easily keep track of how much they’re spending, and on what.

The investment by RBS was made via its soon-to-be-launched digital retail bank Bo.

Petal uses machine learning technology to analyse the full digital financial record of its customers when determining creditworthiness – as opposed to just their credit score alone.

In doing so, it distances itself from the big US credit providers, saying it gives people access to credit where other institutions don’t.

Applicants do not need an established credit history to sign up for an account – something Petal claims, when coupled with its decision to scrap all fees, gives “millions of Americans access to credit who have previously been overlooked”.

Digital consumer investment start-up Groww, which is based in Bengaluru, India, received $6.2m (£4.8m) during a round of Series A funding.

Among those leading the investment round was Spanish banking giant BBVA, marking its first venture into the Indian market.

Groww has developed a digital platform to make investing both simpler and more accessible for India’s huge population – currently the second largest in the world with 1.3 billion people.

The company hopes that by making the process of investing simpler and less exclusive, it can tap into a potentially vast customer base in India and encourage more people to invest their savings.

Founded in 2011, London-based MarketInvoice provides a platform through which SMEs can quickly raise capital by selling outstanding invoices – rather than waiting long periods for them to be processed and paid in the traditional way.

This provides cash flow flexibility to small businesses, for when they need to cover unexpected costs or move quickly on an investment.

“We will use this new funding to invest in further risk automation and data models, scale-up our business loans solution and grow our teams.”

The London firm secured Series B funding totalling $30m (£23m) in January, and also recently rebranded itself – it was formerly known as ComplyAdvantage.

It deploys machine learning to help companies get a better, more nuanced picture of risk attached to their global financial networks.

Self-improving algorithms are used to monitor vast and evolving data streams, and identify any events or patterns that might point to suspicious or illegal activity – helping companies to avoid being stung by financial crime by understanding who exactly they’re doing business with.