It used to be a six-day wait for UK cheque payments to process, but as the image clearing system welcomes new users, more customers can pay in their cheques quickly by simply taking a photograph of the document 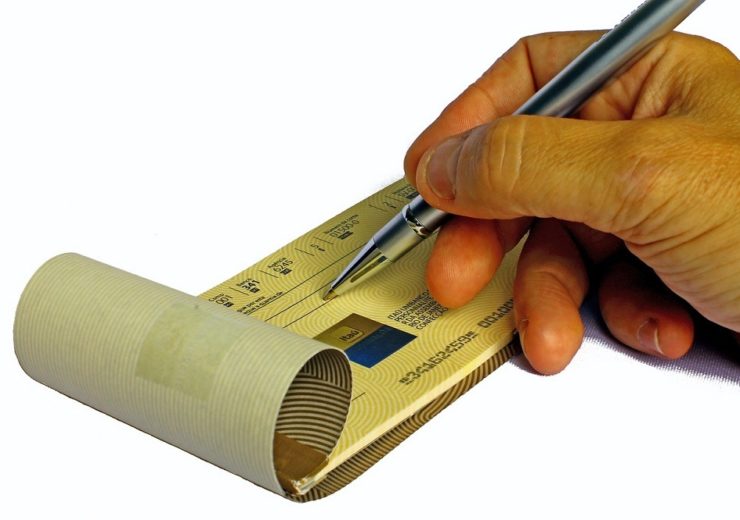 The Image Clearing System is designed to speed up cheque clearing

The technology behind processing cheques has effectively been left untouched for centuries – but a new image clearing system (ICS) being pioneered by the owner of Clydesdale and Yorkshire banks could finally change that.

Until now, the waiting period for a cheque to clear is up to six working days but CYBG’s new system – which involves taking a photograph of the cheque before depositing it online – could result in payments landing in a bank account the following day.

While other banks have offered the technology for online customers since October 2017, CYBG is the first UK group to have completed integration of the technology into its branch network alongside its mobile app.

CYBG’s director of payments and open banking Mark Curran said: “Moving to a complete image clearing system is an important moment in the bank’s history.

“Cheques have been around for 350 years, and the technology has now caught up with changing consumer behaviour and the demand for more immediate access to funds.

“We knew this would be an important piece of work to revolutionise the cheque, and we have played an instrumental role in working in collaboration with the industry to bring this change to life.”

What is the image clearing system?

In October 2017, the image clearing system went online in the UK, giving banks and building societies an electronic alternative to traditional cheque clearing.

It is the system that operates cheque imaging technology, which creates an electronic duplication of a paper cheque – allowing for a speedier exchange of information between banks and building societies, and a much quicker overall clearing process.

Its creation was an effort to modernise an archaic payment process in an industry where digital innovation is reinvigorating nearly every other aspect of finance – from personal banking to mortgage applications.

Lenders create digital images of cheques paid in-branch – or in some cases allow customers to submit cheque images themselves via a mobile app – and then transfer the cheque data electronically to the ICS for sorting and checking.

Once the information is verified, it is then passed on to the bank of the person who wrote the cheque for further security assessment.

If the thumbs-up are given, funds are approved for transfer the next working day.

Following the launch of the ICS, banks have begun migrating their cheque clearing processes to the new system in a phased roll-out – although there is no set deadline for full integration, and some institutions are taking bigger steps than others.

Until there has been a full implementation of the system among UK lenders, both the old and new clearing methods will operate in tandem – meaning only some customers are currently able to benefit from the faster process.

The running of the ICS is overseen by the Cheque and Credit Clearing Company (C&CCC) – a subsidiary of UK payments authority Pay.UK.

Do people still use cheques in a digital world?

Given the recent surge in digital technology within banking, and the creation of innovative new ways to pay for things, it might appear strange to some that such an effort is being made to reinvigorate an ageing, old-fashioned payment method.

Last year, the number of cheques written in the UK stood at just 346 million – a not insignificant number, even if it does point to a continuation of the downward trend.

Trade association UK Finance forecasts that by 2027, there will be 147 million cheques used to make payments, noting that despite the trend toward obsolescence, “cheques remain valued by those who choose to use them, as they provide a convenient and secure method of paying someone when you do not know the recipient’s bank account details”.

Businesses, charities and the elderly are the groups making the most use of cheques, and are likely to extend their place in the payments landscape for a few more years to come.

So while the lesser-spotted chequebook may be becoming rarer by the year, it is not quite at risk of extinction just yet, and remains an important method of payment in certain sections of society.

Mark Bowerman, a C&CCC spokesperson, said: “In 2018, 346 million cheques were used for payments and to acquire cash across the UK, showing that cheques are still an important part of the payments landscape.

“To improve the efficiency and speed of the clearing process, a method of introducing cheques has been introduced that uses 21st century technology.

“This will help protect the future of cheques so that customers can use them for as long as they want.”