Nine fintech companies that feature in the 2019 Future Fifty intake 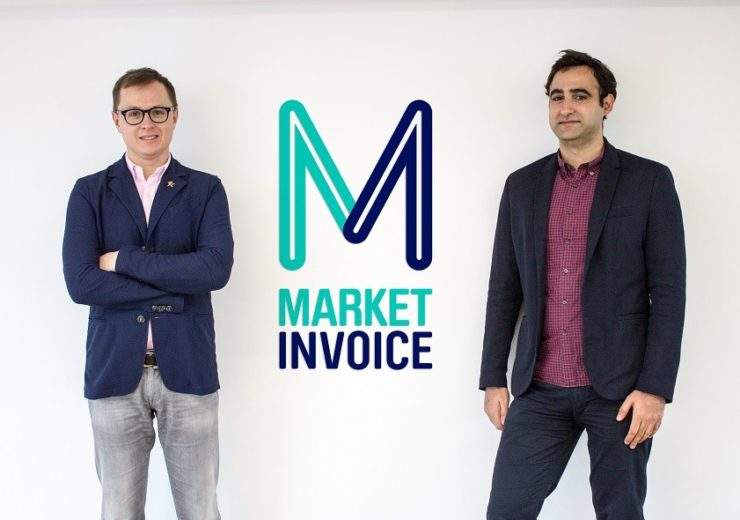 From Quantexa to Revolut, fintechs make up more than a third of this year’s Future Fifty new intake – demonstrating the strength of the UK’s digital finance industry.

Future Fifty is an initiative run by UK trade association Tech Nation, which was set up in 2013 to help fast-growing late-stage tech companies take their development to the next level, and scale up both nationally and internationally.

Each year, a selection of companies graduate from the scheme, making way for new entrants who have gained “considerable traction” within their markets, and “shown the potential to become global technology leaders of tomorrow”.

“The record of Future Fifty shows that with the right help and support all those challenges can be successfully overcome.”

Previous financial alumni from the Future Fifty include Funding Circle and Transferwise, while OakNorth, LendInvest and Ixaris are among those currently on the list.

This year, the list of new entrants to the programme is dominated by fintechs, including top challenger banks Monzo, Starling and Revolut, as well as more niche companies such as Quantexa and Salary Finance.

Here we take a closer look at the fintech companies that will be joining the Future Fifty programme, and will be hoping to repeat the success of their predecessors.

Mr Marria told Compelo last year that the London Bridge terrorist attack in 2017 compelled him to begin using his company’s data analysis capabilities to help authorities identify connections between terrorists from within its rich data set.

Quantexa now has its sights set on further growth and has ambitions to reach unicorn status in the near future.

Monzo is one of the most recognisable names in the world of mobile banking, and has taken the UK market by storm with its digital finance products and instantly noticeable hot coral payment cards.

Founded by CEO Tom Blomfield in 2015, it has proved a hit with consumers looking for a mobile alternative to their traditional current accounts.

Last week, Monzo announced the launch of its first savings accounts, which it has made available through a partnership with fellow UK fintech OakNorth.

Rivalling Monzo for the affections of UK mobile banking customers, Starling Bank is another digital disruptor looking to shake up the way people engage with their daily finances.

Founded by Anne Boden in 2014, Starling launched its first mobile personal current account in May 2017 and added a business account a year later.

This year, it secured £75m in its most recent funding round, and was the recipient of a further £100m grant as part of the alternative remedies package scheme, which was part of the RBS bail-out arrangement following the financial crisis.

Starling is now looking to scale up its operations, and earlier this month announced plans to open a new office in Southampton – its first location outside London – which will create 150 new jobs.

It was co-founded in 2011 by Anil Stocker, Charles Delingpole and Ilya Kondrashov, and in January raised £26m in Series B equity financing led by Barclays and Santander, alongside a £30m debt facility arranged with Israeli lending fund Viola Credit.

Aire is a credit lending business that is making use of data aggregation and predictive analytics to assess customer finances and encourage better decision-making from both lenders and individuals.

Its lending is informed by a wider range of data than traditional credit bureaus, which the company says gives it a better sense of context when making decisions about people’s creditworthiness.

In February it secured $11m (£8.3m) in a round of funding, which it says will be used for developing its credit insight engine, and supporting expansion into the US market.

Revolut had a rapid rise to stardom in the challenger bank scene, growing from a start-up to unicorn in just three short years.

Based in London, and founded by CEO Nikolay Storonsky and CTO Vlad Yatsenko, Revolut earned praise for its mobile app and international currency exchange features, and has since made more additions to its product including loans and cryptocurrency trading.

Revolut, which was approved for a European banking licence in December, currently has more than four million customers worldwide, and has facilitated more than 250 million transactions worth £25bn.

It has global ambitions, too, with plans to expand into the US and Asia widely rumoured.

Despite all this success, Revolut has had a difficult time recently, with questions raised over its advertising strategies, workplace culture and regulatory transparency.

Salary Finance labels itself as a company “underpinned by a social purpose”, improving the financial wellbeing of employees by partnering with companies to offer salary-related financial products.

It was founded by former head of Google UK Dan Cobley, alongside Asesh Sarkar and Daniel Shakhani.

Through the financial wellbeing hub, employees can access a range of financing options – including loans, savings and wage advances – which are based directly on salary.

This means people do not have to resort to expensive payday loans or overdrafts and can instead request financial support that is connected to their own salary.

Blockchain – not to be confused with the actual blockchain technology – is a company helping people around the world access cryptocurrencies, and is the largest software provider for digital currency and distributed ledger technology.

Its digital wallet has more than 34 million customers and is the most popular wallet worldwide – used in 140 different countries.

To date, Blockchain has raised more than $70m (£52.9m) in funding, with lead investors including the likes of Google, Lightspeed, Lakestar and Virgin.

Currencycloud is a cross-border payments platform that uses APIs (application programming interfaces) to simplify the process of moving money.

Businesses can integrate Currencycloud’s payment infrastructure into their own products and services, or alternatively build new products on top of it.

The company currently has operations in the UK and US, facilitates payments across the world and also offers a currency conversion service.