Centres vs the cloud: riding out the data wave

Brendan Donovan, global head of IT infrastructure at ING, examines the choice between operating the bank's own data centre and the cloud, in order to stay ahead of competitors. 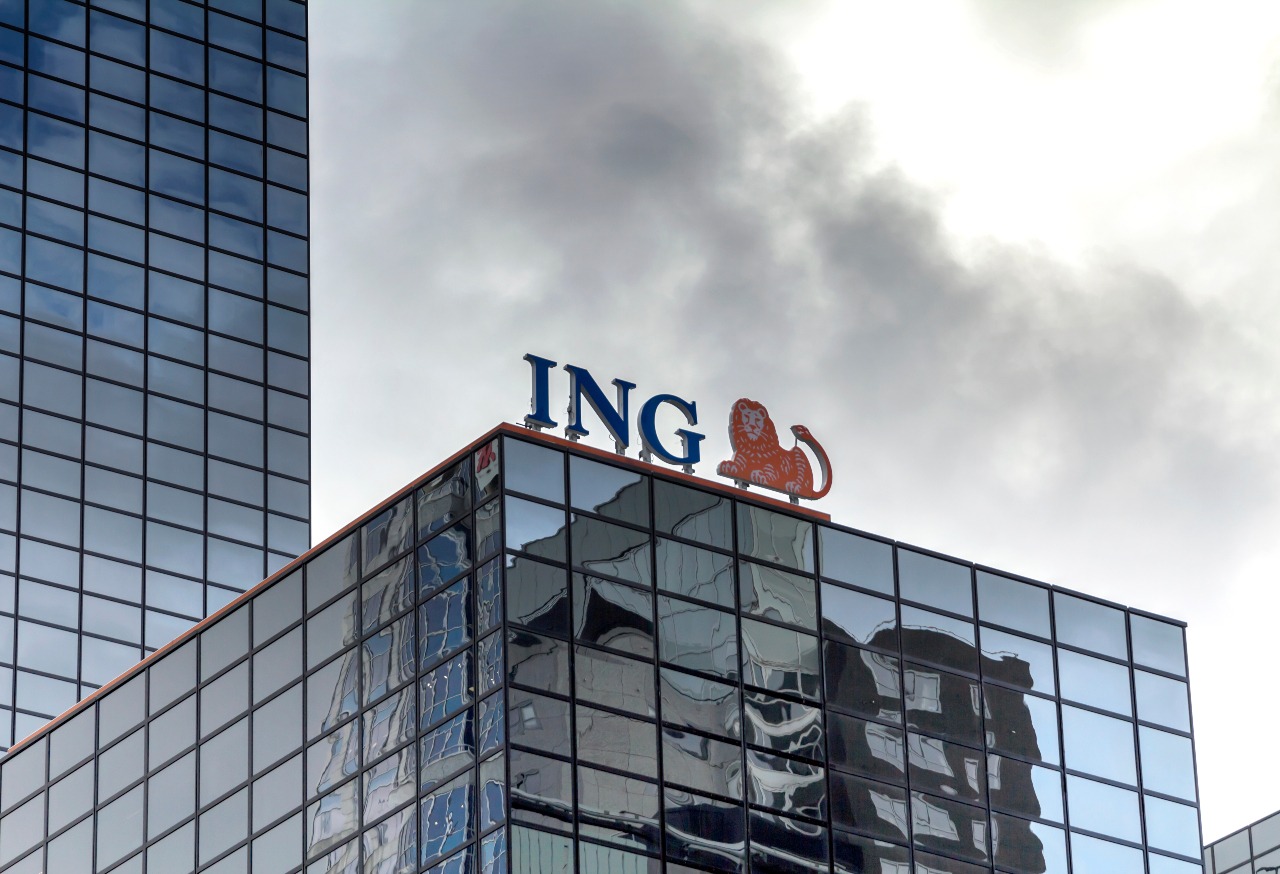 ING is adopting a hybrid solution to digitalisation, involving the bank's own data centre. (Credit: MDart10/Shutterstock)

Banks need to differentiate themselves from their competitors through innovative services, personalisation and consistent performance. With a pandemic pushing more transactions towards digital channels, they are moving more and more data into the cloud in search of agility.

With the help of Brendan Donovan, global head of IT infrastructure at Internationale Nederlanden Groep (ING), Jim Banks examines how banks are approaching the choice between operating their own data centres and moving to the cloud.

The financial services sector is awash with data, and the tide is rising every year. This leaves banks with two major challenges – where to keep that data and how to use it.

The global Covid-19 pandemic has made the first of those problems more pressing, as it has driven more traffic to digital services and accelerated the need for banks to push forward with digitalisation programmes to handle a growing volume of digital payments and online banking requests. In 2020, for example, Dutch bank ING saw mobile payments more than double to in excess of 560 million.

In a world where financial institutions need to be agile, adaptable and innovative to satisfy their customers, and stand out from their competitors, the flexibility and scalability of cloud services has driven more data into the cloud. But will this kill the need for banks to operate their own data centres?

Not that the data centre industry is in any trouble – but there has been a dramatic change in who owns and operates them. ING’s own lending book shows clearly that the bank has recently underwritten a £450m infrastructure loan with UK-based Ark Data Centres to fund capital expenditure, related to its vast expansion.

The rapid adoption of cloud services by many industries, not least financial services, is driving cloud providers such as Amazon and Google to invest heavily in expanding their data centre estates. Banks are still relying heavily on data centres – but more often than not, they do not own them directly and rely on the infrastructure provided by their cloud services providers.

“In general, data centres are here to stay and there will be a need for more of them in the future,” says Brendan Donovan, global head of IT infrastructure at ING. “It is my job to focus on the bank’s digital infrastructure and I see a need for both public and private cloud capability for the medium term. There is an explosion of data storage for customer and regulatory needs. This will continue over the next five-to-ten years in an exponential way, as every process becomes digitised and mobile computers are in everyone’s hands.”

Donovan started his working life in a data centre at the age of 17. Back then, 1MB of memory had to be carried around on a trolley. But times have changed and technology has advanced at an astonishing rate. The proliferation of data storage mechanisms – proprietary data centres, private cloud servers and public cloud services – means that banks have many options at their disposal.

“Providers of public cloud and data centre hosting are making huge capital investment in data centres, networks, computing and storage,” explains Donovan, “and, on the wholesale banking side, ING plays a key global role in providing financing solutions because there is no stopping the data centre market.”

The difficulty for the financial services sector, however, is whether to invest in their own data centre estate or whether to move more data into the cloud. That decision is not necessarily binary, and with cost, scalability and speed of deployment all key issues affecting a bank’s data strategy, there is a delicate balance to be struck.

On the ground or in the sky?

Historically, many banks – ING among them – have owned all of their data centres. But that has changed with the advent of scalable and secure cloud services. Now, ING has a dual model. It owns and operates some of its own data centres, while also using a co-location model, leasing space in data centres but operating the servers itself. The bank currently has two core strategic data centres in the Netherlands, one owned and the other leased.

“The propensity now in ING is not to own data centres because there is a vibrant third-party business in co-location,” says Donovan. Some large banks, however, continue to invest heavily in their own data centre infrastructure.

Crédit Agricole, for example, is rolling out immersion cooling technology to more sites in its data centre estate. The technology is a simple way of increasing computational power in the French giant’s server farms – having already been successfully trialled at its largest data centre, where it manages more than 40% of its computing workload.

Many more banks, however, are focusing their investment on cloud services. In 2020, for instance, HSBC signed a global deal with Amazon Web Services (AWS) to improve agility and reduce costs.

The move is part of a major restructuring effort centred on digitalisation, and will focus on computing power, data storage, analytics, machine learning capability and many other factors. Altogether, they will help the bank develop digital products for its personal banking customers.

HSBC has also used Google Cloud services in the past, migrating a legacy data warehouse over in 2019, while Germany’s Deutsche Bank has turned to the American megacorporation as it starts the process of replacing a large part of its core banking systems with data hosted on Google servers.

The move is a major win for Google, as European banks have largely favoured Microsoft and AWS for cloud services. DNB, one of the largest and oldest banks in the Nordic region, for instance, is working closely with AWS.

The move is part of its effort to reinvent itself as a technology company that also happens to operate in the financial services sector. Using AWS cloud capability, the Norwegian bank is able to frequently update its mobile banking app and has quickly rebuilt its customer-facing applications.

ING has a reputation for digitalisation and innovation that goes back to its direct online banking service, ING Direct, which was first launched in the mid-90s. This saw it become one of the first banks to offer online savings accounts. Therefore, it comes as no surprise that it, too, has embraced cloud services.

“In many ways, we are more like a fintech company than a bank,” Donovan observes. “At least 20% of our staff are IT engineers, so technology is a prime driver of our business and its agility. That drives the need for software-defined infrastructure technology, as we are driving innovation and the mobile agenda for all of our customers.”

The cloud is helping ING to keep pace with change in customer behaviour, develop new services and enhance the level of personalisation. It is, however, only part of Donovan’s IT infrastructure plan.

“Infrastructure was often the biggest bottleneck in deploying IT,” he explains. “Our cloud developments helped bring the speed of software deployment to our IT infrastructure. However, most of our primary systems for financial transactions are in our own data centres or our own private cloud.”

ING Private Cloud (IPC) is a key part of the bank’s cloud technology strategy. It provides a digital platform to store and process data and IT services, including mobile phone apps. It enables the bank to deliver a consistent experience that is both secure and reliable. The IPC helps the bank build trust in ING’s own data capability, while public cloud services enable it to keep up with the changing demands of customers.

“One would not trust private wealth moving to the public cloud without significant safeguards in place,” believes Donovan. “This is not like your music collection. Some of our competitors have published that they are moving fully into the public cloud, but at ING, more of our core systems are being migrated to IPC. In the last two years, we have started to use the public cloud for global scalability, mostly in software-as-a-service (SaaS), office automation and collaboration, as well as
some fintech opportunities.”

The need for a robust private cloud solution is driven mainly by two concerns. If the first is data security, the second is the fragmented regulatory landscape in which the public cloud exists.

“We operate in a highly regulated market, with different views across the world and trust is a core value, especially since the financial crisis, when the industry realised that trust is hard-earned and easily lost,” Donovan explains. “So, we have been prudent, learning on IPC over the past five-to-six years internally first, which was invaluable before our journey to the public cloud started.”

The bank is nevertheless heavily involved in shaping the development of the public cloud space, having joined forces with other institutions to establish the European Cloud User Coalition (ECUC). Its aim is to strengthen the European financial industry’s public cloud ecosystem by promoting common security standards and best practices across the EU.

“We make a clear distinction between our on-premises data centres with our IPC private cloud and the public cloud, with guard rails in place between them,” Donovan says. “We operate in 44 countries, with primary retail customers in 17 of those, and the different regulators across the world – even within the EU – sometimes have different views. That is a key challenge to using the public cloud.”

The ECUC is in its very early days but will serve as the voice of a coalition of banks before the regulators. It may well create an environment in which public cloud infrastructure becomes more appealing – but, for now, ING is among those institutions proving that public and private cloud adoption works well alongside the operation of its own data centres.

“The public cloud will play a larger role in the future, but we operate a hybrid model to get the best of both worlds,” explains Donovan. “We recognised eight years ago that the future would be mobile-first, and the pandemic has accelerated digitalisation. We understand that the way to grow value for our customers in financial transactions is to be more flexible, simple and agile. We have been investing in cloud technology to achieve that agility, but also to protect our customer data while the views of regulators change and evolve.”

In a rapidly evolving market, the best option may well be a hybrid solution in which a bank’s own data centres continue to play a central role.