Brexit uncertainty is contributing to a gloomy outlook within financial services, as a survey reveals the fastest fall in optimism since the financial crisis 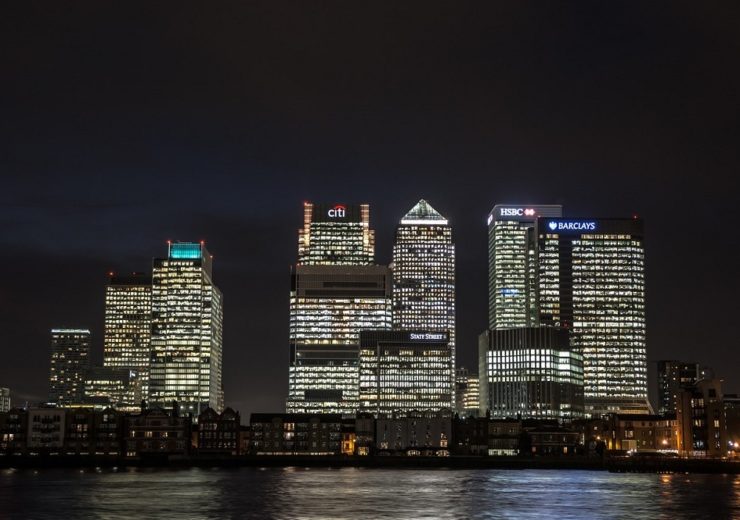 Optimism in the UK financial services industry is on its sharpest decline since the 2008-09 economic crisis – as the imminent prospect of a no-deal Brexit plagues future outlooks.

A survey of 84 finance companies revealed sentiment within the industry during the first quarter of 2019 deteriorated at its fastest rate since 2008, accelerating a trend that has seen optimism either falling or static for the three years since the EU referendum.

The Financial Services Survey is a quarterly review of the state of UK financial services conducted by the Confederation of British Industry (CBI) employers’ group and professional services firm PwC.

“The alarm bells ringing at the state of optimism in the financial services sector have now reached a deafening level,” said Rain Newton-Smith, chief economist at CBI.

“Brexit is now a national emergency. No deal has to be clearly ruled out, and then MPs must finally compromise and deliver a solution that protects jobs, livelihoods and communities across the UK.

“It is in absolutely nobody’s interest for the uncertainty to drag on, and continually chip away at our economy and financial services sector.”

What the Financial Services Survey reveals

The trends highlighted by the Financial Services Survey were driven largely by falling business volumes for the second consecutive quarter – at the fastest pace since 2012 – as well as the biggest drop in employment figures in four years, most of which were in the banking sector.

Looking ahead to the next quarter, the review found business volumes are again expected to fall, although there is expected to be a return to growth in employment.

Spending on IT and marketing is projected to increase over the next year, although other areas of capital investment are expected to decrease.

There is much focus on technology in the UK finance industry at present, as open banking regulations create opportunities for innovation, and incumbents seek to modernise their ageing IT systems to become both PSD2 compliant and more competitive in a changing banking environment.

Despite the concerns raised by the survey, easing cost pressures helped the industry as a whole to record its strongest profit growth for a year – driven by banking and, in particular, insurance operations.

“Despite the continuing uncertainty, these businesses are embracing disruption and reinventing themselves to be ready for growth in a post-Brexit environment, including developing leaner, more specialised workforces.

“They are ramping up spending on training, technology and marketing, which suggests among other things, more workforce automation.

“However, it remains to be seen whether our financial services businesses will retain their current global footprint as political negotiations play out.

“Clarity, certainty and communication are vital if the UK is to protect its position as the leading financial centre.”

Brexit uncertainty lies at the heart of gloomy outlook

As the UK continues to struggle to agree withdrawal terms with the EU over its exit from the union, and a no-deal scenario still on the cards, the resulting uncertainty is a major contributor to the pessimistic attitude towards financial services in the country.

Last week’s agreement by EU leaders to grant a brief extension to Article 50 does little to provide clarity on matters, with the European Council telling its members to be prepared for “all possible outcomes”.

Commenting on the latest development, trade association UK Finance’s chief executive Steven Jones said: “The government has been granted an opportunity to avoid a disastrous ‘no-deal’ that could cause significant economic damage to the UK and EU.

“MPs on all sides must now work together and pull the UK back from the precipice by finding a majority for a way forward.

“Failure to do so would be a reckless gamble with the country’s future prosperity.”